YOU ASKED ME THAT I WRITE TO YOU
IN VERSES ELEGANT AND TRUE.
NOW SHAKESPEARE, WHOM I DID CONSULT,
PUT DOWN HIS PEN AND SHOOK HIS HEAD:
“NO! NO! YOU MUST NOT SPEAK TO ME..
WHEN YOU SEEK WORDS TO SPEAK YOURSELF.
YOU LOVE? YOU CARE? YOU CHERISH ALL
YOU SEE AND HEAR AND SENSE …NOW SPEAK;
YOUR WORDS WILL THUNDER, HEARD BY NONE
BUT BY THE ONES YOU LOVE.” THEN SHAKESPEARE
JUST TURNED, BENT DOWN AND GAZED AT WORDS
THAT HE HAD WRITTEN. CROUCHING BELOW
THERE WERE NO WORDS FOR ME TO SEE.

I am a poet unrenowned,


I’ve scribbled verses as a boy,

The question is; If I am not


What am I then? I’d better think


Of all the roads on which I hiked..

A chorus of well-meaning friends


Were resonant I should attend


With glittering titles at the end.

To study law in Switzerland?


To practise law? This was too much!


This thought was squashed at birth and yet


I think I could impress a judge.

Well then, this very clever boy


Rejected (though it would be fun).


For Jews in Nazi Germany


As the most valuable training.

I acquiesced. My father’s contacts


To learn the rudiments of turning


And fitting iron, brass, and steel.


My father was arrested, shipped


To Buchenwald – but did not speak


Of how his dignity was stripped.

Some six months later we arrived


In Melbourne, and within a month


I was apprenticed to become

I rose to very moderate heights


While making things in brass and steel,


But on retirement I raced


To where at home I truly feel.

I read, I listened, and I wrote


About my thoughts. And now it seems.


I had performed the miracle


Of catching up on youthful dreams.
Posted by John at 4:56 PM No comments:


I have been in the gold of marital bliss.
I‘ve cringed and trembled in the chill of discord.
Now I am old and any touch of hands
Bespeaks not passion nor the rise of rancour.

Mankind believed – and I was a believer,
That on your death a band of angels would
Conduct your soul to paradise there to
Enjoy a life of pious luxury.

The other possibility, endorsed
By me and many others, did envisage
A rowdy crowd of devils dragging me
Through fires searing sinful, wicked flesh.

I think that age has taught me an alternative.
To wit there are no angels and no devils.
And life is nothing but a one-way street,
A towering unresponsive wall stands at the end.
Posted by John at 2:35 PM No comments:

This business of dying has its funny side,
Apart from causing grief to the survivors
I like to speculate like all religions do
Just where we’ll go when we are dead.

This speculation has an apriori:
Life after death exists! This is not only
My firm belief, but every creed since Moses
Created paradise and hell and in between.

The catch is that there seems to be no choice
Which railway station will be at the end.
The track is laid, the rails in perfect order.
You are invited to a first class seat.
Posted by John at 5:21 PM No comments:

A Letter from Paul

Men can do anything and in a small way
it does happen again today that men
become animals or unfeelingly regard the brutal behaviour
(vide Croatia, Serbia, and Kosovo). But this
rather “massproduction style attempt” of pursuit
and annihilation of a complete group of men will never happen
again in Europe and in the non-islamic countries.
Here the young men have changed, and we all
who know through our parents and friends
what really happened, must pass it on daily,
that is our duty. I myself learnt from my father only on the eve
of his death what he had to suffer in 1933 in the torturecellars
of the SA (Berlin Columbiahaus), in 1934 in the concentration
Camp Sachsenhausen and later in Wokurka (1944-
1949), this was Stalin’s camp in Siberia). He
should have talked earlier, it would have given me a different
view of the world. Not knowing that on
the following day he will die I promised him never
again fascism, never again war, never again cruelty
and for that do everything that I can.
Paul

I lost my memory. It’s no big deal.
I can recall the sandpit where I built
Tall towers, castles and the hills between,
But now I find it difficult to tell
Who of the carers helped me when I cried.
When I had lost my bearings, lost myself?
I know that she was tall, that she was built
On ample Polynesian lines, brown skinned.
I thanked her at the time. I cannot now.
Posted by John at 4:07 PM No comments: 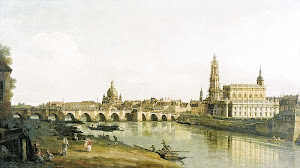